I am NOT an Hourglass 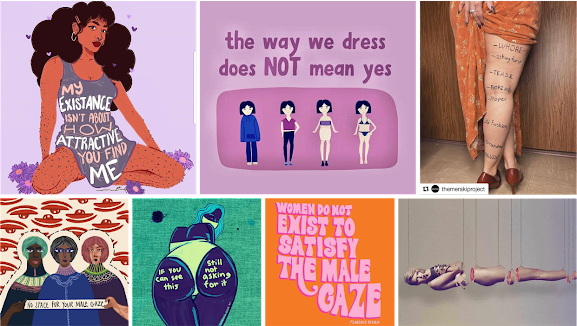 One would think that in a world where we've redefined technology, walked on the moon, and discovered galaxies, we wouldn't have to struggle for women to be regarded as human beings rather than objects. Yet here we are, attempting to persuade a male-dominated worldview that women are more than a convenience for men.

Too many powerful women in our culture have been treated unfairly throughout history. So many women have been denied credit for their achievements or have been shunned and degraded based on patriarchal logics that women must please men in order to be useful, whereas men obtain greatness. People have simply not grasped the distinction between being sexual and sexualizing another person. After centuries of not being able to differentiate between an allosexual person and treating a person as an object of sexual value, this mentality is deeply engrained in our very advanced and educated society. We've traveled to the moon and back, but we still downplay a woman's full personality and focus solely on her sexuality, dismissing her accomplishments and talents.

‘Women only exist to satisfy our sexual desires and fantasies.’ This is where women's objectification is rooted. When we refer to women as b**ches or w**res, we are reducing them to nothing more than lifeless objects with no thoughts or feelings, free to be used and abused as men see fit. It's both repulsive and degrading.

From a young age, girls have been taught that their looks are the most essential aspect of themselves. They are imparted that their primary goal in life is to appeal to the male gaze and to meet society's standards of an ideal lady. Those around them, including family, teachers, friends, and strangers, sexualize them before they even learn to read and write. They are trained to exploit their sexuality to make things to work in their favor as they mature into young ladies. Yet they are chastised and mocked for doing so. What else would you expect from women who have been taught to be objectified and who have placed their whole self-worth in their physical looks all their lives?

The act of portraying a woman in the media as sexual objects for the pleasure of male viewers is known as the male gaze. In regular magazines and billboards around the world, 51.8 percent of adverts depict women as sex objects. When women feature in male-oriented items or periodicals, however, 78 percent of them objectify them and promote them as a sexual object. The extent to which women's bodies are exploited for marketing purposes is astounding. It dehumanizes women by turning them into body parts rather than people and gives the male gaze complete control.

The media uses female bodies to entice men to purchase items that are not even mildly related to them – cars, burgers, perfumes, salons, alcohol and many more disturbing imageries yet no one bats an eye.

THE MINUTE BREASTS ARE USED TO FEED A BABY - AS INTENDED BY NATURE - EVERYONE LOSES THEIR MIND.

The society is drip-fed these perceptions of women subconsciously without even noticing.

The entertainment industry and the media have succeeded in convincing everyone to believe in these deceptive representations of female bodies, attitudes, and wants. The saddest part is that women compete to reach these unrealistic goals and expectations. Many women compete to look better than other girls or to resemble the ‘ideal' celebrity in order to impress a guy or everyone. It baffles me that women’s body types go in and out of style like fashion trends and we are expected to keep up with the new idea of ‘desirable’ no matter how absurd they are. It is an indefatigable race of compete and compare where women lose their own identity and their true values.

How many times have you walked down the street in your favorite outfit, romanticizing the way the male world would observe and consume you – indulging in a moment of watching yourself being watched? How many times have you sat in a coffee shop alone and wondered if you appeared interesting or pretty to passersby? This may be an unflattering admission to yourself, but do not mistake this for your narcissistic trait. This hyper-awareness of self-presentation comes from the societal construct of women who need to ‘sit still and look pretty’ for the men around them. It is not a negative thing to feel empowered by dressed and acting provocatively. Women who are dynamic, intelligent, and feminist dress for themselves, not to impress, on a daily basis. However, we must realize that this picture of empowerment is mostly shaped by male fantasies and aspirations.

When our bodies don't conform to media standards, we tend to be our harshest critics. Accepting your own magnificence is a difficult endeavor to attain. No one should have to sexualize themselves for a man to like them. But no one should have to repress their sensuality for men to respect them either.

We are not an object to please others or be toyed with. We are humans with emotions, desires, fat and thoughts. We need to fully embrace our shape, size and sensuality without being ashamed or guilty. We embrace our sensuality because we love ourselves, not because we want to be objectified.

Women have depth, dreams, fears, intuitions, doubts, value, and beauty. Women are not trophy wives or arm candy. We should not be teaching our girls their bodies are inherently sexual or inappropriate. We should stop policing our wardrobes to gain or even avoid the male gaze. We are who we are, with or without men’s approval and gaze. The simplest way to experience the human inside of woman is to know her beyond flesh and blood.

LOOK BEYOND A WOMAN'S CLEAVAGE AND YOU WILL SEE HER SOUL.

Popular posts from this blog 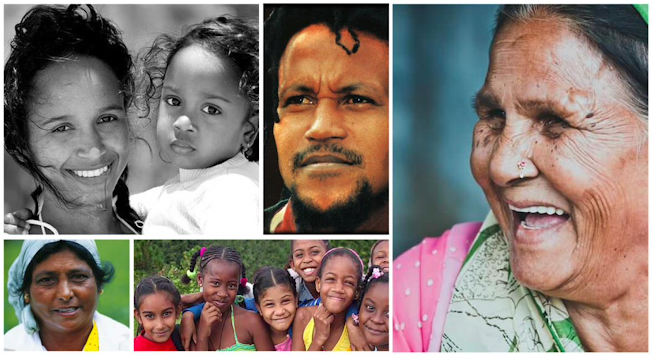 Turning a blind eye to constant racism had become such a norm that even when someone treated me as a cypher, I silently ignored it. Some of you may say that being in a foreign country, I am bound to experience some racial bigotry. But my first experience of colourism started before I even understood the term colour, race or prejudice. Yet, despite being aware of the mediocrity and diminishing words used against me, I was silent. I was wrong. Because the truth is all our silences in the face of racist assaults are acts of complicity. Racism does not always start from people of the opposite race. It can start from your homes where your family indoctrinates their children to believe that fairer skin implies beauty. Everywhere we look, simply reinforces that belief and people of colour begin to feel inferior without even stepping into the real world. I, myself come from a country of diverse cultures originating from China, India, Africa and other smaller
Read more 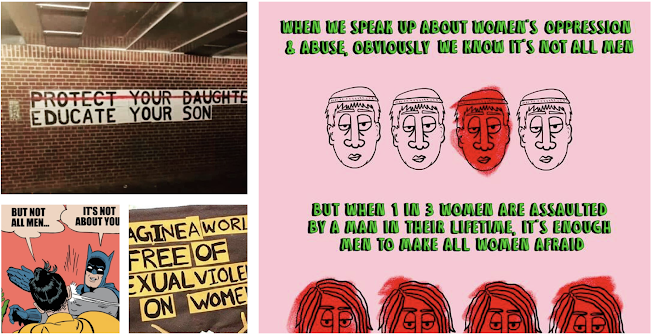